Our team is one of the few teams authorized by the Saudi Authorities to help, assist and service the Canadian Hajis in 2023.

Beside the seminars and webinars which we hold in Canada and in Saudi, we provide you with books, maps, and complete Hajj kit that are essential for Hajj.

03 We Travel With You

We don’t just serve you here in Canada, we also travel with you along with the group leaders, and Islamic Scholars to guide you in Saudi.

You don’t have to pay us anything. Simply register on one of the Hajj packages we are supporting and enjoy all our services free of charge.

Whether your questions are about registration, religious, operation or simply you want to learn more about your selected Hajj package…We got you covered!

Every 50 Hajis will be assigned to a Canadian experienced group leader to travel with you from Canada and perform Hajj with you in Saudi.

We have the top leading Muslim scholars in Canada and the U.S. Our scholars speak English, Urdu, Hindi, Arabic, and French all to serve you.

Journey of a lifetime!

Be among the first to know which 2023 Hajj packages our team of companions is traveling on. Register your interest now!

We are an authorized Canadian Hajj handler to assist, service, educate and guide the Canadian Hajis planning to perform Hajj in 2023. Our services are provided for specific Hajj packages offered by the Ministry of Hajj.

Step1 - Register your interest with us. Our services are at NO COST TO YOU, so you will get the support you need in Canada and in Saudi.

Register on The Hajj Platform

Step2 – When the Ministry opens the new Hajj platform nusuk, we will email you to register your names online this way you are in the system.

Step3 – Once the Hajj packages are announced by the Ministry, we will advice you which packages we are supporting so you can choose from.

Step4 – After registration, we will receive a confirmation from Saudi that you are confirmed. You won’t have to worry about anything else.

We are a large group of Hajj & Umrah experts. We have been in the industry for the past 20 years serving the Muslim Canadian Hajis who wish to perform Hajj from Canada

Our Sheikhs and group leaders have built great knowledge serving Hajis from Canada and the United States. Our operation team is working closely to the Saudi officials to gain all the knowledge and updated procedures so that we afford to provide you with a worry-free Hajj trip.

Building trust between our team and the Hajis take time, that is why we partnered with top leading Sheikhs and group leaders in the Canadian Muslim community. Now you get to deal with our team in Canada then we travel with you to assist, educate and guide you throughout your sacred trip in Saudi.

Our guidance will start once the Hajj packages are announced by the Ministry of Hajj & Umrah. We will explain the Hajj packages and what are the differences so that you can make a proper decision. We will be holding educational webinars and seminars in Canada and in Saudi Arabia. We will be performing Hajj with you step by step. We will take care of organizing the operation of transportation, rooming at your accommodations in Saudi, arrival and departure, and every single operation there is whether in Canada or in Saudi Arabia to ensure you are always looked after.

In 2022 The Ministry of Hajj & Umrah has decided to cancel all the Hajj companies in Canada, USA, Europe and Australia then offered the Hajj packages through their online Hajj portal. The Canadian Muslims were very confused as of which package to choose and what are the differences between the packages. There was no proper guidance or communication as the online Hajj portal had to deal with thousands of Hajis from different countries which resulted in a lot of issues from the start of the trip. Upon arrival, no religious guidance or operation group leaders were there for the Hajis. All these issues were expected as that was the first year with the new system.

That is when we recommended that each country should have their own Hajj companion team. This team is responsible to look after the Hajis in Canada, answer all their questions and attend to their needs. This team would also be traveling with the Hajis to look after them in Saudi Arabia during Hajj. Alhamdo le Allah, our request was approved.

Therefore, we will not charge you anything not in Canada nor in Saudi Arabia. Our services are at no cost to you.

We will be serving ONLY 4 Hajj packages this year to ensure that the top level of care, customer service, quality and performance is provided to the Hajis of Canada. Once the Ministry of Hajj & Umrah announces the Hajj packages, we will let you know which packages we are traveling on.

These are only few benefits you will enjoy this Hajj by allowing us to serve you. We want to ensure that you are well taking care of. We also want to be sure that you don’t have to deal with any difficulties and have all the time and comfort to focus on your worship (Ebadah) as this is a trip of a lifetime. 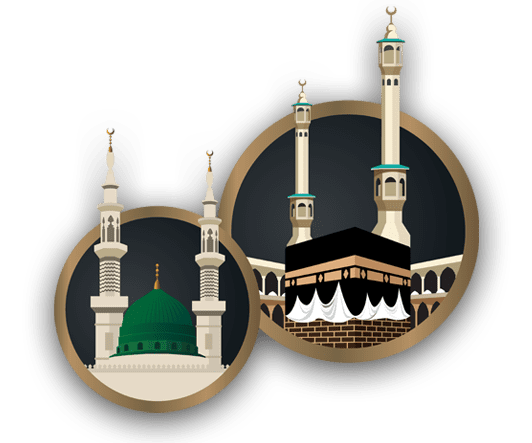 Eight top qualified Muslim religious scholars will be leading the 2023 Hajj group from Canada. The scholars cover English, French, Urdu, Hindi, and Arabic languages. They will be traveling on specific Hajj packages which will be announced upon the release of Hajj packages by the Ministry of Hajj & Umrah 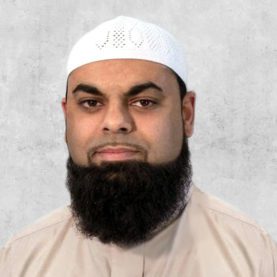 Sheikh Mohammed Omar Subedar was born and raised in the Greater Toronto Area, Canada. In 1990, he enrolled in the Institute of Islamic Education located in Dewsbury, W. Yorkshire, United Kingdom. There, he became a ḥāfiẓ of the Qurʾān in 1993. In 2001, he graduated from a seven-year dars-i niẓāmī program offered by the same institute. He was thus conferred the title of Scholar of Islamic Sciences and Arabic Literature. 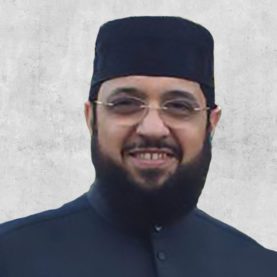 Sheikh Ahmad Shehab is the Ontario Chancellor for the International Association of Educators for World Peace, and was a candidate for Mayor of Toronto, Canada, in the 2003 municipal election.

In addition to the preaching and advocacy activities of the Sheikh throughout Canada, he is also known for his political, religious, and social activities through which he was able to help the members of the Muslim community in Canada.

The Sheikh is also known for his since of humor, and he has a very famous TikTok with more than 79 thousand followers through which he gives light Islamic and social advice. Be sure to follow the Sheikh on TikTok to benefit from his good work. Click here for channel link.

Some of his achievements are: 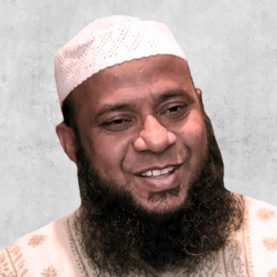 Maulana Zafar Abid was born and raised in Hyderabad, India.

He was sent to a Hifz institution in Hyderabad where he completed his Hifz (memorization of the Holy Quran) at the age of 10. Going on to study Islam further, he travelled across the country to a renowned institution, Jamiah Islamiah Talimuddin Dabhel in Gujrat, India where he spend the next several years studying Islamic Sciences, Tafseer ul Quran, Hadith, Aqeedah, Islamic Law (Fiqh) and Islamic history.

Succeeding his graduation in 1980 , he went on to serve as an Imam in Hyderabad, along with teaching Quran and Islamic studies. Maulana Zafar successfully became the headmaster of a massive institution in Hyderabad, Jamia Islamia Tajweedul Quran overlooking various Islamic subjects.

In 1997 at the age of 28, Maulana was sponsored by Darul Uloom al Islamiyyah (Islamic Academy of Canada) to Edmonton, Alberta to serve as the head-teacher. He successfully moved the academy to Surrey, BC and became the principal until 2012. He created a new academy by the name of Darul Quran. Since then, he has been the founder and principal and Alhumdulillah has a record of over 60 graduated Huffaz under his supervision serving all parts of North America.

Moving to Edmonton, Canada in 1997, Maulana Zafar Abid became the “Head Quran Teacher” along with serving the community tirelessly for the next 25 years. He is an integral part of the Hajj From Canada team of Imams by providing guidance catering predominantly in the Urdu and Hindi language to Hujaj.

A selfless individual who has dedicated his life to the Muslim community in Canada. A Scholar, Preacher, Teacher/Professor with years of vast experience in teaching Quran for the past 30 years.

Maulana Zafar Abid is currently the founder and principal of Darul Quran Academy in Surrey, BC. 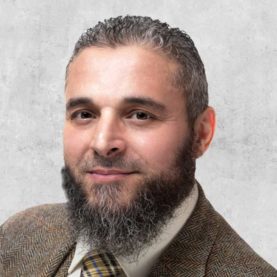 Sheikh Riad Ouarzazi is an established, respected and revered Islamic teacher to students from all over the world. He is known for his unique, appealing and most importantly accessible teach style. Whether a person is a new revert to Islam or an established Muslim, Sheikh Riad worked with all types of Islamic backgrounds.

In 1987, Sheikh Riad successfully received his degree for Islamic Studies from Muhammad Ibn Abdullah University in Morocco. He also has a Bachelor and a Master of Science degree from Golden Gate University in California, USA.

Since 1991, Sheikh Riad has been teaching with many organizations including Al Maghrib Institute, Human appeal, Muslim Aid and a range of others. He is currently the director of ROC training which delivers seminars, Islamic retreats and a range of other services across the globe.

Sheikh Riad Ourazazi is very experienced in the field of Hajj and Umrah as he led hundreds of groups from Canada to Saudi Arabia to perform Hajj and/or Umrah.

Sheikh Riad is a regular guest on many channels such as Islam Channel, Ramadan TV, Guide US TV, Sharjah TV, Noor Dubai, Malaysian, Indonesian TV, and many others. 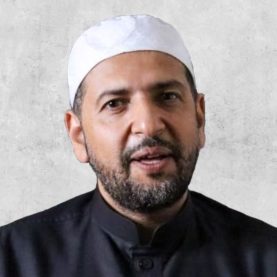 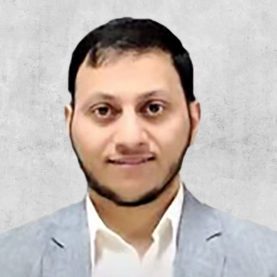 Imam Mossad Beltagi one of the most known Islamic characters in the province of Quebec. Imam Mossad finished his education from Egypt as well as completed his memorization of the Quran as a student and as a teacher.

Imam Mossad was appointed as the head of the Egyptian Islamic Mission to multiple foreign countries such as India, Ireland, and Canada before he finally settle in Quebec, Canada. Once he began his work in the city of Laval as the Imam of Al-Ansar Masjid, he got known for his correct recitation of Quran. He also engaged in a lot of activities to help the Muslim community in Quebec such as teaching the Arabic language, teaching the memorization of Quran with the correct recitation rules.

Over the past years, Imam Mossad has led a lot of Hajj and Umrah groups from Quebec, helping and guiding these groups throughout the trip.

Education Qualifications: Bachelor of Arts and Education from the Division of Islamic Studies with honors.

Work Experience: Currently the Imam of Al-Ansar Masjid in the city of Level, Quebec – Previously, teacher at Al-Azhar Institutes for the preparatory and secondary stage students – Former Imam at the Egyptian Ministry of Al-Awqaf – Arabic & Quran teacher at the School of Islamic Cultural Center in Laval – he is also a Member of the Council of Imams of Quebec. 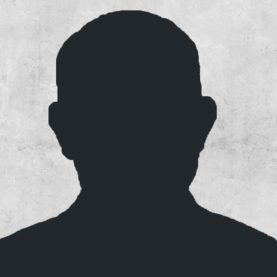 Our team will be serving and assisting Hajis on only 4 Hajj packages. That means spots are very limited. There is no risk for you as you can register your interest now and if the Hajj packages we are serving aren’t suitable for you, then you are free to choose any other Hajj package. We will not be charging you anything whether you go with us or not, our services are completely at NO COST TO YOU!

Stay in touch with us on social media for informative updates

Don't be shy...ask us about anything related to our services, and we will do our outmost to answer your questions as soon as possible. We are here to make your Hajj experience better!